South America is one of my most favourite areas of the world for Metal, and a large number of those bands are from Brazil. Here’s five underground gems of Brazilian Thrash Metal: 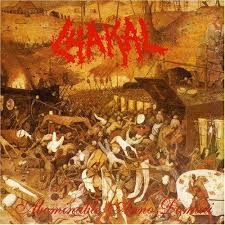 Chakal formed in 1985 in Belo Horizonte, Brazil. They put out a demo and two songs on the awesome Cogumelo split release “Warfare Noise I” which were all in more of a Black Thrash style. By 1987 and the release of this album, they’d lost most of the “Blackness”, and were essentially Thrash Metal.

This band formed way back in 1981, and to start with they were a hard-edged Speed Metal band. Later, they infused that sound with Thrash and Hardcore Punk influences. This is, in my opinion, the finest example they ever released with this interesting blend of genres.

Attomica formed in 1985 in Sao Paolo, Brazil, and following a demo release they put their self-titled full-length out in 1987. This is a furious and energetic album, almost verging on Death Thrash at times. The original mix of the album is by far the best – it was remastered in 2006 and sounds like shit compared to the 1987 release! There is a 2017 reissue on Italian label F.O.A.D. Records, I haven’t heard this version so I can’t comment!

This is one of my all-time favourite albums of any genre. Blistering Death Thrash, with enough slower parts to balance things out. Previous to this album, former Sepultura roadie Silvio SDN had been their vocalist, but on this release Kleber, one of their guitarists, performed lead vocals. Kleber had more of a Hardcore Punk style of vocals (compared to Silvio’s harsher Black / Death Metal vocals). This, for me, makes the album much more interesting. 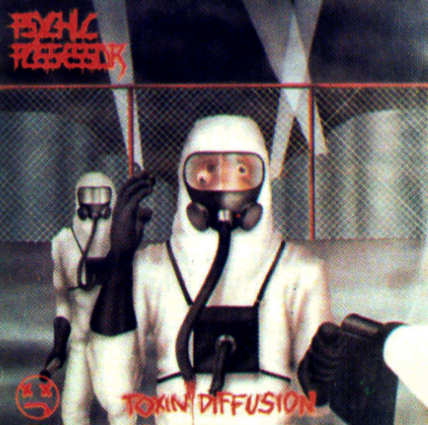 Psychic Possessor were formed in Sao Paolo, Brazil, in 1986. This album is basically (mainly mid-paced) Death Thrash, with a slight Crossover influence. Vladimir Korg from Chakal performed vocals on the song “T.V. Suckers”.